They say opposite attracts, and for good reason. For some strong personality types, a seemingly opposite, more calming partner is really attractive. Such is the case of the ENTJ INFP love story.

These two types are actually quite different. ENTJs are logical, extroverted, and analytical, while INFPs are creative, introspective, and compassionate. However, these differences can actually be complementary.

ENTJs tend to be quick thinkers and decision-makers. They like to be in charge and in control of their lives. They are often very ambitious and driven. They are the epitome of the rise-and-grind hustler type ready to spring into action.

INFPs, on the other hand, are more gentle and easy-going. They prefer to take their time and think things through before making any decisions. They’re deeply values-driven but can sometimes struggle to convert those values into action.

Despite their differences, ENTJs and INFPs actually share important similarities.

Both types are idealists who want to make the world a better place. They are both very determined and have a strong sense of morality. In addition, they are both excellent communicators and tend to be very persuasive.

Both personality types have a genuine love of information and living their values. They just may express those passions differently.

Can Dominant Thinkers be attracted to Dominant Feelers?

Hell yeah! But it’s a bit hard at first.

ENTJs, dominant thinkers, truly have a soft spot for NFP dominant feeler types because NFPs like INFPs know who they are. They know what they want and they know how to get it. They are unapologetic in their authentic selves. ENTJs see this as a refreshing change of pace since they often feel like they have to put on a persona to be successful.

INFPs, on the other hand, can really appreciate the ENTJ’s straightforwardness and ability to get things done. INFPs often struggle with making decisions and taking action. So, they can admire the ENTJ’s decisiveness. In addition, ENTJs can help INFPs to see the world in a more logical way and to take action on their dreams and goals.

Related Post: How Do ENTJs Act Around Their Crush?

Why are ENTJs attracted to INFPs?

ENTJs are attracted to INFPs for a number of reasons.

Contrary to popular belief, INFPs are not extroverted feelers. Like all NFP types, they like to sit back and absorb information. It’s why they have a reputation for being good listeners. Additionally, INFPs have a natural curiosity that ENTJs find very attractive. For ENTJs who love to engage in intellectual conversation and be truly heard, this is a match made in heaven.

ENTJs have an aggressive conversation style. They are laser-focused on moving things forward and want people to get right to the point. ENTJs want to get to the end result, with little time or regard for the process. It’s a constant cycle of go-go-go.

Rarely do they take the time to sit with their motivations and feelings in order to truly understand them, which can cause issues in their life. That’s where the INFP comes in. They have a natural ability to help people feel heard and teach them how to explore their inner world. This can be a salve to the over-stimulated ENTJ personality type.

Why are INFPs attracted to ENTJs?

INFPs, on the other hand, are attracted to ENTJs’ confidence and decisiveness. They also appreciate ENTJs’ intellect and ambition. Despite their naturally introverted nature, they aren’t intimidated by the ENTJ’s bold assertiveness. They often find it interesting.

Even though INFPs are good with other people and organizing others around a common goal, their personal sense of organization leaves much to be desired. ENTJs can help bring order and structure to the INFP.

How do ENTJs and INFPs get along?

ENTJs and INFPs actually get along quite well. They share a lot of the same values and beliefs. In addition, they are both very open-minded and tolerant of each other’s differences. However, there can be some challenges.

One potential challenge is that ENTJs tend to be very blunt and straightforward, while INFPs are more gentle and diplomatic. This can sometimes lead to misunderstandings.

Another potential challenge is that ENTJs are very logical and analytical, while INFPs are more intuitive and feeling-oriented. This can make it difficult for them to understand each other’s perspectives.

Overall, however, these two types can actually complement each other quite well. They just need to be patient and understanding with each other.

ENTJs are obsessed with the “how” of life, whereas INFPs look more towards the “why.” That’s why these two can be so powerful together when working towards the same goal.

We think this is part of the magnetism between these two. They are, in many ways, missing pieces to the same puzzle.

For more insight into this polar opposite pairing, this video of an ENTJ INFP couple discussing their relationship might help.

The main challenge in an ENTJ-INFP relationship is that these two personality types are complete opposites. ENTJs are logical and analytical, while INFPs are intuitive and feeling-oriented. Additionally, ENTJs are very straightforward and blunt, while INFPs are more gentle and diplomatic.

In their healthy forms, these two personality types can be magical together. However, in unhealthy forms, it can be a disastrous pairing with numerous misunderstandings.

ENTJs should make sure their aggressive side doesn’t take over. INFPs can also be extremely rigid in their values to the point where they are unable to see different perspectives, which creates a major blindspot.

It’s also important for INFPs to realize that their ENTJ partner might not inherently understand the ‘why’ behind something and will push back on ideas that don’t make sense to them. INFPs have to learn not to take offense and to be open in their communication with their partners.

Healthy ENTJs know their shortcomings and welcome partners who can help them be the best versions of themselves. INFPs are complementary opposites to ENTJs in ways that help bring out the best in both partners when communication is strong and values aligned.

What about you? Do you have an ENTJ INFP love story to tell? Let u know about it in the comments! 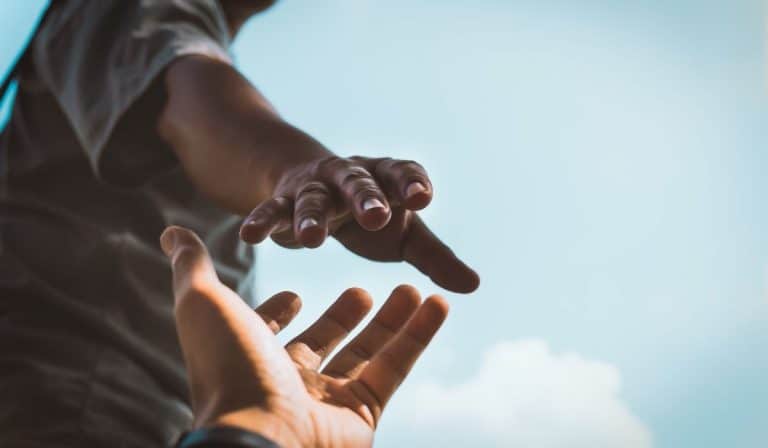 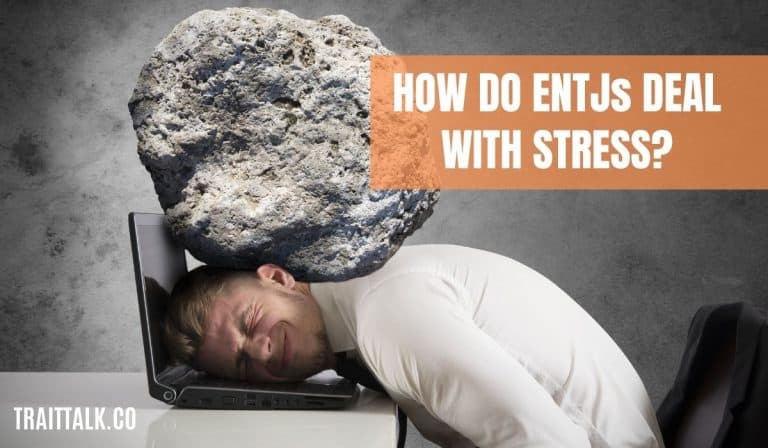 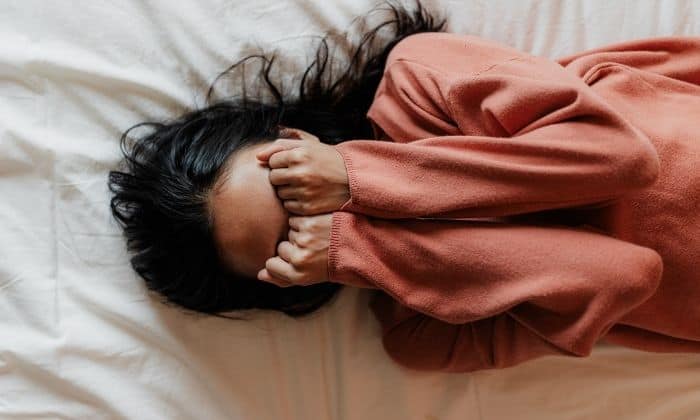 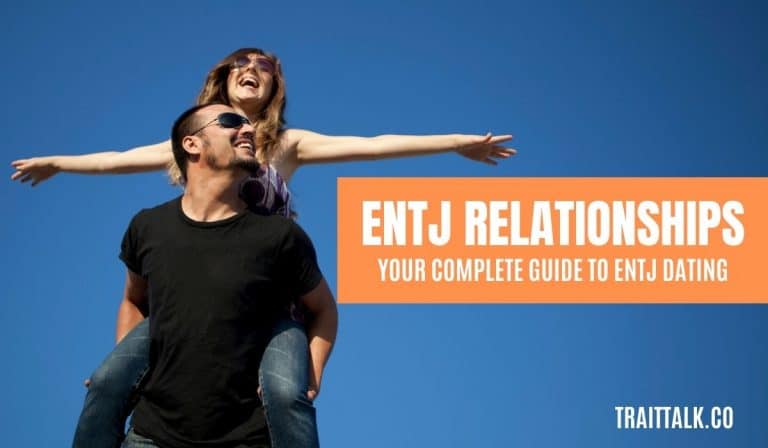 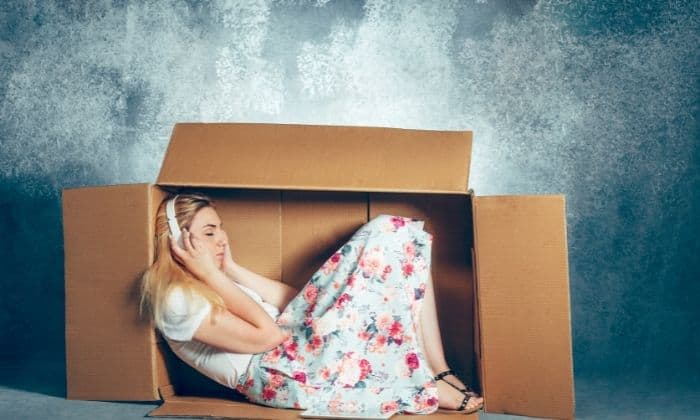 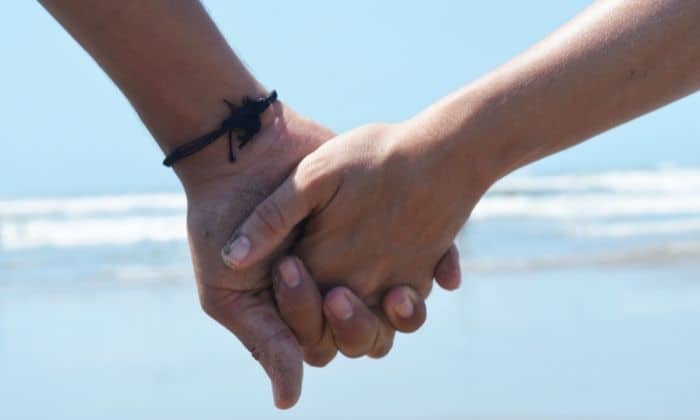