We’re all faced with a variety of problems throughout our day. We get paid to face some of these problems while we’re at work. Others might involve how we manage our homes. And if you enjoy playing strategy games as much as I do, then you get to face a wide array of simulated problems just for fun.

How we approach these problems and reach our eventual solution says quite a bit about our personality.

For the most part, people can be classified as realists or visionaries. These two groups of people often take very different approaches to the same problems. And they might even reach the same outcome. But it’s the journey that we are most interested in discussing.

So read on while we look at these two personality types, their unique personality traits, and how you can tell which group you belong with.

What Is A Realist?

For the sake of clarity, we’re not talking about art or the portrayal of characters. Charles Dickens is a well-known realist whose character portrayals are considered accurate and natural. But that doesn’t mean he was a “realist” in the same sense that we do.

When we refer to the realist as a personality type we are talking about someone who views a problem and its elements exactly as they are. They view life in a very practical manner. Simply put, they see the world as it is without any idealistic bias.

Most realists are driven by logic and break large problems down into smaller objectives that are easier to overcome.

Chances are, you work with quite a few realists.

They often thrive in the traditional workplace. Their problem-solving abilities are sought after in corporate environments.

The realist sees the problem and can determine exactly what resources they have to work with. They rarely push to go above or beyond, but you can rest assured that they will find a way to get the job done as requested with what is available.

There’s a common misconception that a realist must be a pessimist. But that couldn’t be further from the truth. Realists rarely classify themselves as pessimistic. Though, it’s not uncommon to find optimistic realists capable of looking both forward and backward.

The world is sometimes good and sometimes bad. The realist sees events as they really happen without a great deal of internalization. It is that internalization that often leads to a pessimistic outlook. A realist is often looking outward. They view a series of events, determine what caused them to happen, and then decide whether they should respond positively or negatively.

Here are a few more common traits of the realist.

Realists often make great leaders. Their aggressive, independent, and rational thought process means that no task is outside of their realm of possibility. They have the ability to view other people as resources and build a team that is capable of quickly solving any problem. Some studies indicate that the optimistic realistic has the greatest potential for success in the workplace.

One of the greatest leadership qualities of a realist is the ability to create a solid plan. Leaders need to be able to set a course and adjust that course as needed along the way.

Realists make plans long before they become leaders. As a matter of fact, they likely created a plan that led to their leadership position.

You’ll know if you’re working with a realist leader because you’ll spend far more time moving toward your goal than you will be thinking about your goal.

With such exceptional problem-solving skills and leadership capabilities, it only makes sense that there would be plenty of well-known realists. Here are a handful of famous individuals who were known for their realist personalities. Some of them might surprise you.

What Is A Visionary?

Now it’s time to consider how the other half lives. If the realist is the “doer”, then the visionary is the “dreamer”.

A visionary always has a clear idea of what their future should look like. They are creative problem-solvers who think beyond the resources that they have readily available.

Visionaries are champions of change who tend to create multiple solutions to a single problem. Albeit, some of those solutions might be beyond the realm of what is possible.

Many of the great inventions that we enjoy today were the product of visionary thinking. Likewise, many of the social and civil movements that took place were led by true visionaries. A visionary sees more than what they have or what needs to be done. They see a world where they want to live and dream of ideas that would make them happy.

There is one trait that realists and visionaries share in common. That is their ability to create plans and find solutions to problems.

The planning skills of visionaries are still different from those of realists. The realist plans ahead with actionable steps and efficient resource management. The visionary plans with clear goals and a series of ideas that will help them achieve those goals.

Unlike their realist counterparts, visionaries are well-known for their exceptional communication skills. Communication is often necessary to bring forth radical change.

Think of some of the great civil rights leaders in the past and their visionary goals of a better future for everyone. Their ability to communicate well with the masses helped those goals to become a reality.

Here are a few more interesting traits of the visionary:

It is not uncommon for visionaries to rise to leadership roles in corporations. Their creativity, flexibility, and communication skills make them great leaders. People naturally want to follow visionaries because they often speak of a better, brighter future.

Visionary leaders tend to enforce eco-friendly habits in the businesses they run. The act of “going green” tends to feel counterproductive to the resource-minded realist. But the ethical, enthusiastic visionary is willing to risk resources and suffer financial setbacks to make the world they have envisioned into a real place.

We also mentioned their willingness to take big risks. This means that a visionary leader can make a successful business in a much shorter period of time than a realist leader. They can both reach the same goal eventually, but the visionary almost always gets there faster because they are willing to risk more. Unfortunately, that also means they have a greater likelihood of failure.

Some of the names we learned as kids in school were actually die-hard visionaries who managed to achieve their goals. It’s often easier for a visionary to achieve a high level of fame because they are always pushing for grand ideas. That’s why many famous inventors, artists, and even scientists were visionaries. Here are just a few:

What Are The Differences Between Realists And Visionaries?

We’ve taken the time to look at each of these personality types on their own, but let’s now consider them together. What is it that makes a realist different than a visionary? How could you tell if a person was one or the other?

How To Know If You’re A Realist?

Finding exactly where your personality lies is easier than it has ever been. The internet is filled with personality tests and quizzes that will help highlight where you lie on the spectrum. But if you’re looking for a more immediate answer, then all that you need to do is consider how you approach problems at work.

What is your first thought when you are presented with a new problem at work? The realist will usually begin by determining exactly what resources they have to work with. How many people are available to help? What documents do are going to be needed? What is each step that needs to be completed to achieve the final goal? If this is how you approach problems, then it is very likely that you are a realist.

How To Know If You’re A Visionary?

You can consider the same thought experiment to determine if you are a visionary. When presented with a problem, the visionary does not begin by taking count of their resources. Instead, they consider what the world (or the workplace) is going to be like when the task is complete. Are there going to be happy clients? What are the final documents going to look like? Is your boss going to finally give you that raise?

As you can see, the visionary is always thinking about what is next, but not what is immediately next. That’s simply not a big enough picture for them.

Is It Possible To Be A Mix Of Both?

You’ve probably realized by now that you have some traits from both of these groups. The reality of the situation is that most people have some realist qualities and some visionary qualities. To be purely one or the other is somewhat of a limiting handicap. Even those famous visionaries and realists needed some qualities from the other group to thrive and be successful.

For example, a pure visionary would find it very difficult to complete the menial tasks required in their day-to-day work. Meanwhile, a pure realist would struggle to work well with their team and achieve goals. Instead, most people are able to do a bit of both. Only then can they truly succeed and solve the toughest problems. 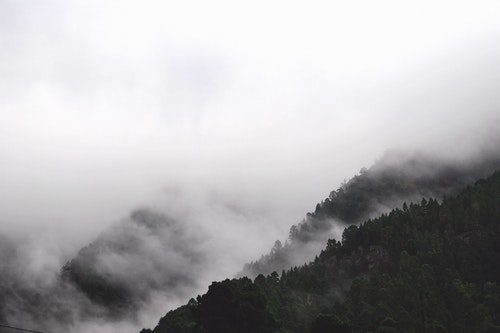 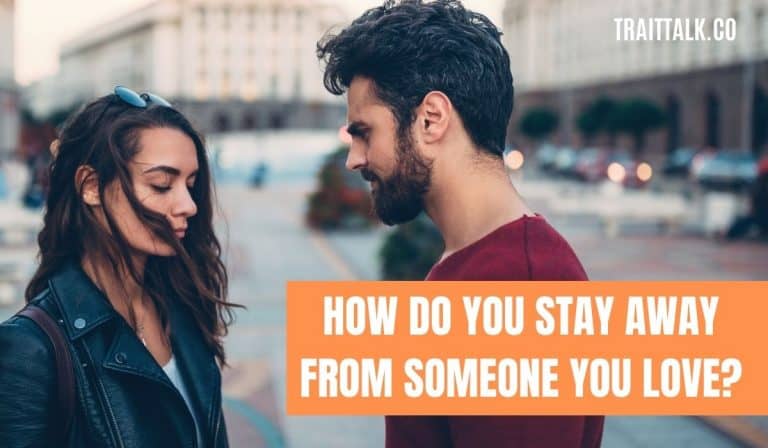 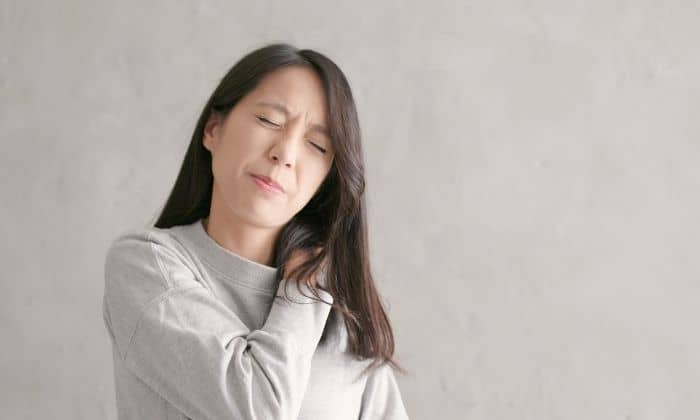 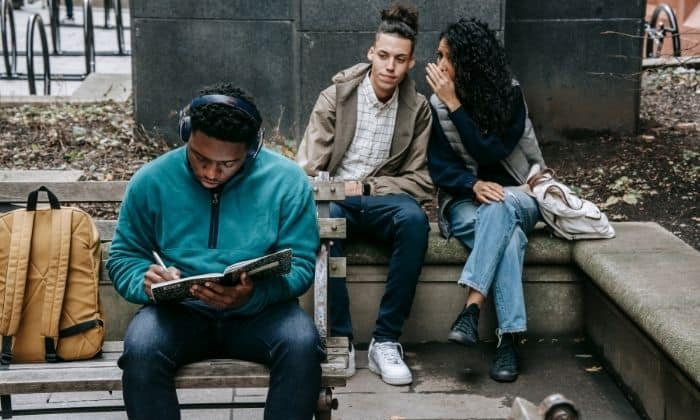 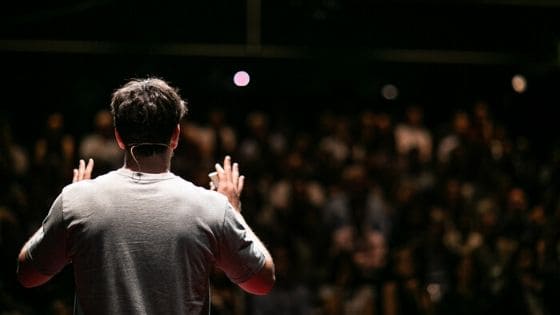 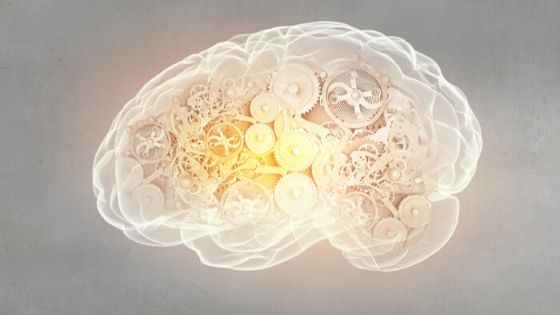